Bats are the only true flying mammals. They belong to the mammalian order Chiroptera meaning ‘hand wing’ which references the elongated finger bones that make up a bat’s wing (see line drawing below.)

All of Kentucky’s bat species are insectivores, meaning they all primarily eat insects.

They respond to the lack of insect availability in the winter by hibernating (or heading south to warmer regions.)

Bats that hibernate in Kentucky will mate in the fall and winter. Female bats store sperm over the winter and ovulation and ferritization do not occur until the females arouse from hibernation.

Females usually emerge from hibernation before males. In many species, they establish maternity colonies where they will have their young.

A few species like the gray bat will gather in caves, others like the Indiana bat form colonies under loose tree bark, and still others may gather in manmade structures like the big brown bat.

Additionally, some species such as the red bat will remain solitary. Each female may bear between one to four young called ‘pups’, generally from late May through June.

Sixteen species of bats have been documented in Kentucky (see list below.) Fourteen of these species are considered permanent or seasonal residents.

The Seminole bat appears to be expanding its range into Kentucky and possibly breeds here now.

The Brazilian (or Mexican) free-tailed bat occurs as an occasional wanderer, though there is prehistoric evidence that the species used to reside in Kentucky. 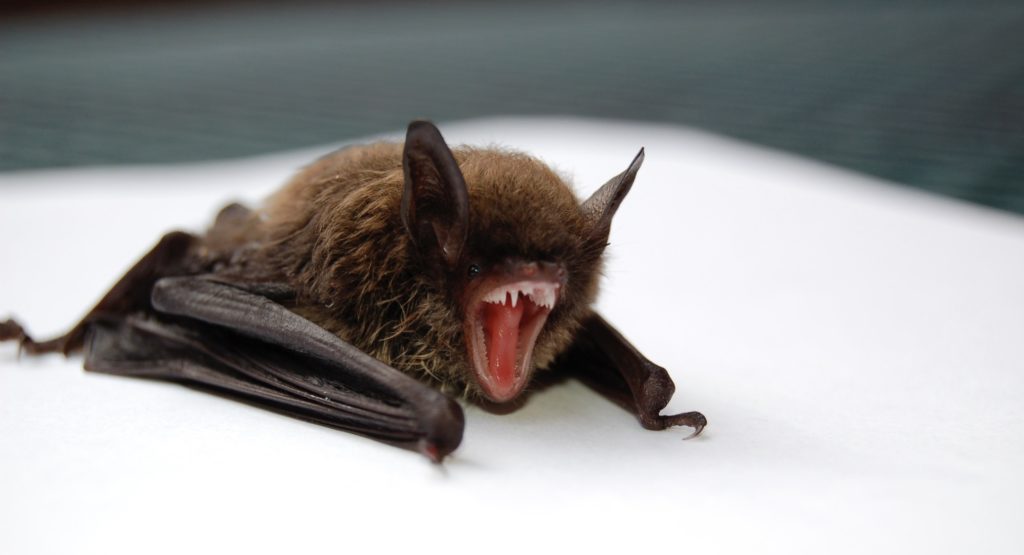