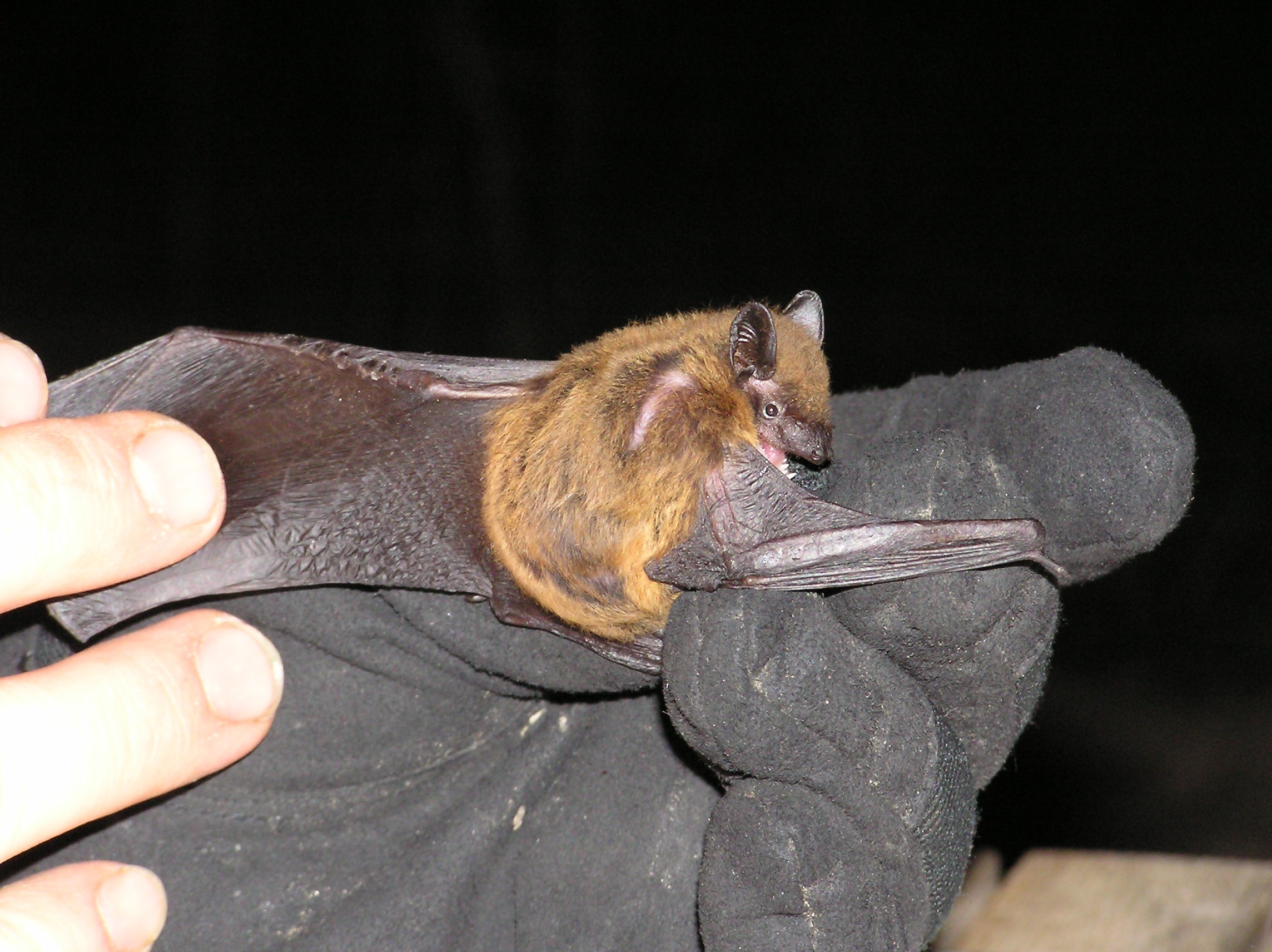 The evening bat is incredibly close in appearance to the big brown bat, so much so that they are distinguished by the absence of a keeled calcar. It is distinguished from other Myotis species by the blunt and slightly curved tragus. They reach a size of about 4 inches in length and a wingspan of about 10 ½ inches. They are a glossy brown color and dark brown or black face, wings, and feet.

Range  And Presence in Kentucky

They are an eastern United States species that spans from central Pennsylvania to the southern Great Lakes region, west to northern Iowa and southeast Nebraska, central Kansas, Oklahoma, and Texas. It is more common in the southern areas of their range. They are known to be common in the western part of Kentucky and some scattered population in the Cumberland Plateau. Current research is finding that some of them may be overwintering in Kentucky as well.

Evening bats are not a species that is associated with caves and are normally found roosting in trees, underneath loose bark, and in man-made structures like cisterns, bridges, and buildings. There are some populations that will migrate south in September or October and will return in April for the summer. Other populations will spend winters in the southern part of the state where they are able to stay active year-round.

Females will form maternity colonies after the winter in order to rear their young. They normally have litters of two pups that are born in June and are able to fly a few weeks later. Evening bats forage in open areas like wetlands, woodland edges, parks, and stream corridors. They eat flying insects like beetles, moths, and flies.

They are a species that is considered to be of special concern as far as conservation is concerned. They have adapted to human presence but the conversion of forested areas for human use has had an effect on their numbers. Human activities like logging and land converted into agricultural land is attributed to this destruction.