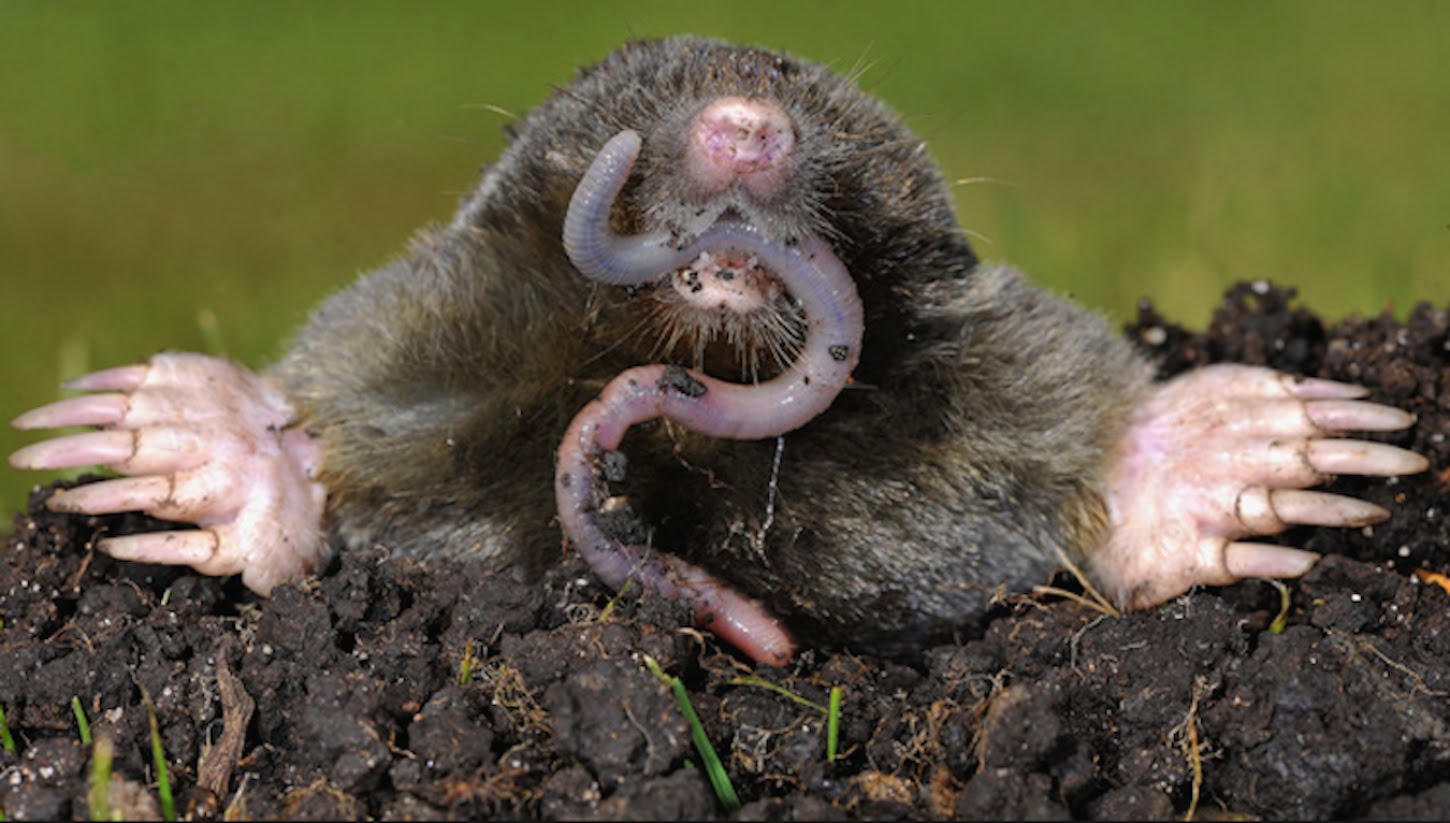 Call Now For Help With Moles

Mounds of dirt in your lawn? Squishy tunnels under your feet when you walk through your yard? You have moles in your yard. Moles are common in Lexington KY and surrounding cities. If moles are tearing up your lawn, the only effective way to get rid of them is by trapping. Some professional pest control and lawn care companies will recommend treating your lawn for grubs, but there is no evidence or research to suggest that this actually works. Moles eat earthworms and grubs. Earthworms make up about 90% of their diet. A nice lawn means you have good soil, and good soil means lots of earthworms, the main food source for moles. No lawn treatment will eliminate all the earthworms in your lawn.

If you need to get the moles out of your home or business in Lexington KY, the only proven method for getting rid of moles is trapping. Moth balls, repellents, and sonic deterrents have no effect on moles. Our professional wildlife control company has proudly been serving Lexington home owners, so if you have a mole problem in Lexington Kentucky or the central Kentucky area, give us a call today. We can implement an effective mole trapping program and ensure that it will work to get rid of moles as fast as possible. Weekly and monthly mole removal programs are available.

Moles in the Garden

Moles In The Yard

Differences Between Voles and Moles

The Diet Of Moles

While moles may look like rats, they are actually different from rats and require a different form of rodent control. They are mammals that fall under the Eulipotyphla a category shared by other animals like Shrews and hedgehogs just to mention a few. They are animals that don’t stay deep under the earth’s surface but rather at a level where they can easily mess up a person’s home or business especially if it has edible foods for instance tubers such as Irish potatoes in the garden. Their ability to destroy farms and lawns makes quite a nuisance in Lexington and the surrounding area. It can make endless tunnels underground with heaps of fine soil being pushed outside to cover openings as they go on with their tunneling activities below the earth’s surface. For those who love their well groomed compounds,will be an unlikable nuisance as they would decorate a compound in Lexington Kentucky with heaps of soil in places you would not like. If you’re a person that takes pride in lawn care and gardening, you might want to keep your home protected from a mole infestation, so it isn’t a bad idea to look into Lexington mole control and a ky pest management techniques.

Moles appear similar to common rats although they are larger than rats. On average, may range from six to eight inches. Additionally,are furrier and fatter than rats. They may be of any color although mostly they appear as black or brown. They at times look like smaller rabbits with long claws which make their tunneling much easier.

Habitat
Because of their fear of human beings and other animals that may endanger their safety, commercial facility and other norway rats, moles mostly live in dark areas covered by grass or forests. They are most likely to camp in a farm filled with foods especially tubers such as yams, arrow roots and potatoes which assure them of food security. People in Lexington controlling Moles and they are considered as pest

Unlike rats and other rodents, it is very uncommon for moles to get into a person’s house. They are not an indoor nuisance but rather an outdoor nightmare. Their residence is mostly in yards and farm areas filled with food. Because of presence of adequate food, moles may use these grounds to breed.

Type of Damage Caused By Moles

As noted above, they prefer soft soils that are moist. Unfortunately, these are the types of soils that are equally right for farming and growing grass for a beautiful compound. However, they would bring down any crop that exists on the land as they use such plants for food.

Mole Control And Safety
Despite the hardships of removing animals that move below the earth’s soil, there are a number of pest management techniques to stay safe from potential bites. For instance, moles may be trapped using different types of baits. It should be noted that it is important to place these mole traps in areas that cannot be accessed by humans lest humans get trapped as well. Here’s another prevention tips and a choice for a DIY protection plan, moles may be controlled by planting sesame (at times called sim sim) to keep moles away.

Now when it comes to customer care, our elite pest control company is one of the best that is serving Lexington. We had a customer login to our website and contact us for rodent control to get rats out of his attic, the animals had already done extensive damage to the attic insulation. So if you suspect that you might have moles tunneling throughout your property, call us for the proper Lexington mole control protection plan and we guarantee pest control to keep your home protected.

(For business owners it  should be noted that our company services are specialized for ipm pest and termite or a pest wildlife such as moles, coyotes, birds, etc. We do not offer services for the exclusion of bed bug treatments, stink bugs bite, carpenter ants, or things such as termite control or termite inspector, brown recluse spider, ant control, mosquito control, or any insect control in general. We understand that mosquito bites, stinging insect, bed bug detecting, stinging insects, termites and fox pest, fox pest control, pests of that sort can be extremely annoying to experience, however the realm of insect control is a completely different industry than ours.)